Nicholas Hoult is an English actor born on December 7, 1989 in Wokingham, Berkshire best known for his role as Tony Stonem on E4’s award-winning teen dramedy Skins. The son of Glenis and Roger Hoult, his mother is a piano teacher while his father works as a pilot for British Airways. He attended The Henley College in Henley-on-Thames, Oxfordshire, but he didn’t finish his studies as he decided to focus more on his acting career. He also used to attend a prestigious stage school in London called Sylvia Young Theater School. After Sylvia Young, he attended Ranelagh School, a local church secondary school.

Hoult made his television debut in 2002 when he appeared in one episode of Judge John Deed. Meanwhile, his big screen debut came in 2002 alongside Hugh Grant in About a Boy. This lead to his being cast on Skins as Tony, the good-looking yet manipulative leader of the group who is loved by everyone in town. Unfortunately, his character was written off as the season drew to a close. Houst was nominated for a Walkers Home Grown Talent Award. His other screen credits include an episode Magic Grandad, a BBC Schools program that teaches children about history, Jack’s Love, Wah-Wah, The Weather Man, Kidtulthood, Coming Down the Mountain, and Wallander. He was rumored to be a favorite to play the lead in the proposed Artemis Fowl film adaptation. The project was canceled altogether. He's also acted in the "X-Men: First Class" movie.

Other than acting, Hoult also likes playing the trombone. He was also a choir boy. He was given a PlayStation by directors Chris Weitz and Paul Weitz after filming About a Boy.

Nicholas Hoult's latest project is the movie "Jack: the Giant Slayer." There he portrays the main character, Jack. 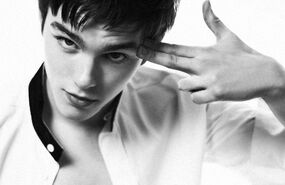 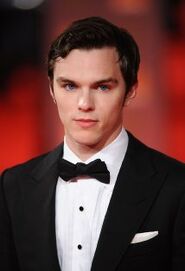