Nora Greene is Julie Grigio's best friend. She wants to be a nurse.

Nora, at a young age, became an orphan when her parents abandoned her. She survived against the zombies and had a difficult journey to the humans' sanctuary, the stadium. From her childhood to mid-twenties adulthood has left her even more hardened than Julie.

In the movie is Nora 5'9 with dirty blonde hair, usually in a single pig-tail that goes to her shoulders, light hazel eyes and has fair skin.

In the book Nora is described having earth brown eyes and cream coffee colored skin. Her dad is Ethiopian so she is half black, half white. She is also missing a finger.

Despite the fact that she has lived through hell, lost a mother, a father, a brother, and a finger, when she meets R later in the movie, she maintains an upbeat attitude and regards R with fascination and curiosity rather than horror. And even though civilization has crumbled, she hopes to live a good life someday, to get educated and become a nurse, to heal wounds and the world that causes them.

Nora is Julie's best friend. In the novel, their relationship has a bad start when Nora slept with Perry, Julie's boyfriend, but after a long while, Julie forgave her and they became good friends.

Nora was supportive of Julie when R wanted to prove that the zombies were changing. She helped disguise R as a human by sacrificing whatever little make-up she had saved for herself for a special occasion. 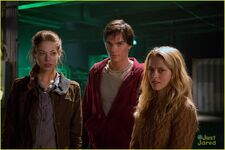 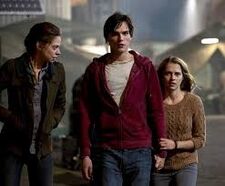 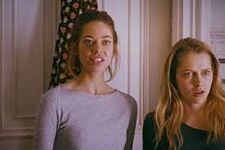 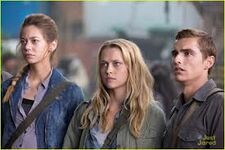